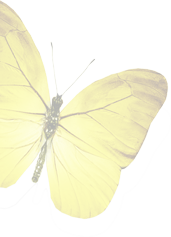 Here’s a look at the opioid crisis.

Experts say the United States is in the throes of an opioid epidemic. An estimated 10.1 million Americans aged 12 and older misused opioids in 2019, including 9.7 million prescription pain reliever abusers and 745,000 heroin users.

Opioids are drugs formulated to replicate the pain-reducing properties of opium. Prescription painkillers like morphine, oxycodone and hydrocodone are opioids. Illegal drugs like heroin and illicitly made fentanyl are also opioids. The word “opioid” is derived from the word “opium.”

More than 130 people died every day from opioid-related drug overdoses in 2016 and 2017, according to the US Department of Health & Human Services.

SURGE DURING COVID PER CDC

At least 87,000 drug overdose deaths were reported from October 2019 to September 2020—a 29 percent increase from the year before, according to CDC data reviewed by The New York Times. A large portion of the deaths occurred in April and May, when many treatment centers and support groups were shut down, the data reveals. This likely made it very difficult for people to receive naloxene, a medication that reverses opioid overdoses, experts say.

Dr. Nora Volkow, director of the National Institute on Drug Abuse, told the Times that many overdose deaths involve a mix of fentanyl or heroin with stimulants. “Dealers are lacing these non-opioid drugs with cheaper, yet potent, opioids to make a larger profit,” she said. “Someone who’s addicted to a stimulant drug like cocaine or methamphetamine is not tolerant to opioids, which means they are going to be at high risk of overdose if they get a stimulant drug that’s laced with an opioid like fentanyl.”

Are you looking to contribute?

We are approved as a 501(c)(3) charitable organization. Learn how you can help or donate today!